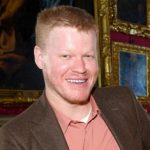 Jesse Lon Plemons was born in Dallas, Texas, USA. He is an American actor. He graduated from the Texas Tech University Independent School District in 2007. His role in several films include: All the Pretty Horses, Like Mike, Observe and Report, The Master, Battleship, The Homesman, Black Mass, Bridge of Spies, Other People, The Discovery, and American Made. His role in television include: Friday Night Lights (TV series), Bent (TV series), Breaking Bad (TV series, Won- Screen Actors Guild Award for Outstanding Performance by an Ensemble in a Drama Series), and Fargo (TV series).