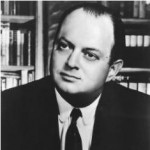 Jerry Wald was born in Brooklyn, New York City, New York, USA. He was an American screenwriter and producer. He began writing a radio column for the New York Evening Graphic, while studying at New York University. He produced several films include: Navy Blues, All Through the Night, Juke Girl, Action in the North Atlantic, Destination Tokyo, Possessed, The Inspector General, John Loves Mary, Caged, Perfect Strangers, Storm Warning, The Lusty Men, Queen Bee, The Best of Everything, Let's Make Love, and The Stripper. He wrote several films include: Twenty Million Sweethearts, Living on Velvet, Hard to Get, Garden of the Moon, The Roaring Twenties, Naughty but Nice, They Drive by Night, Flight Angels, Navy Blues, Manpower, and My Dream Is Yours. He received four Academy Award nominations as producer of the following nominees for Best Picture: Mildred Pierce, Johnny Belinda, Peyton Place, and Sons and Lovers. He was awarded the Irving G. Thalberg Memorial Award in 1949.