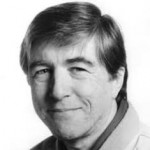 Jerry Spinelli was born in Norristown, Pennsylvania, USA. He is an American writer of children's novels that feature adolescence and early adulthood. He graduated from Gettysburg College in 1963. He was the editor of the college literary magazine, The Mercury. After graduation, he became a writer and editor for a department store magazine. He earned an MA degree from Johns Hopkins University in 1964. He married to Eileen Mesi in 1977. They have six children. He has written several novels include: Space Station Seventh Grade, Who Put That Hair in My Toothbrush?, Jason and Marceline, Maniac Magee (won- Newbery Award in 1990), Report to the Principal's Office (children's novel), There's a Girl in My Hammerlock, The Library Card, Wringer (Newbery honor book), Stargirl, Loser, Milkweed, Love, Stargirl, Eggs, and Smiles to Go.