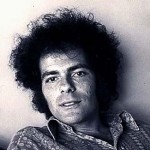 Jerry Clyde Rubin was born in Cincinnati, Ohio, USA. He was an American social activist, author, actor and businessman. He studied at Oberlin College, Hebrew University in Jerusalem, and the University of California, Berkeley. He graduated from the University of Cincinnati, receiving a degree in History. He was one of the founding members of the Youth International Party or Yippies, along with social and political activist Abbie Hoffman and satirist Paul Krassner. He later played an instrumental role in the anti-war demonstration that accompanied the 1968 Democratic National Convention in Chicago by helping to organize the Yippie "Festival of Life" in Lincoln Park. In 1980 he began a new career on Wall Street as stockbroker with the brokerage firm John Muir & Co. Near the end of his life, he became interested in the science of life extension and was heavily involved in multi-level marketing of health foods and nutritional supplements. He wrote several books include: Do it; scenarios of the revolution, We are everywhere, Growing up at thirty-seven, The war between the sheets, Hamlet Without the Potholes, and Did It! from Yippie to Yuppie. His role in several films include: Panther, Growing Up In America, and Rude Awakening.