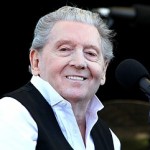 Jerry Lee Lewis was born in Ferriday, Louisiana, USA. He is an American singer, songwriter and pianist, often known by his nickname, The Killer. He has been described as "rock & roll's first great wild man." A pioneer of rock and roll and rockabilly music, he made his first recordings in 1956 at Sun Records in Memphis. "Crazy Arms" sold 300,000 copies in the South, but it was his 1957 hit "Whole Lotta Shakin' Goin' On" that shot Lewis to fame worldwide. He followed this with "Great Balls of Fire", "Breathless" and "High School Confidential". His albums list shown below: Jerry Lee Lewis, Jerry Lee's Greatest, The Return of Rock, The Killer Rocks On, Boogie Woogie Country Man, Country Class, Golden Rock & Roll, Great Balls Of Fire, Last Man Standing, and Mean Old Man.