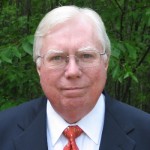 Jerome Robert Corsi was born in East Cleveland, Ohio, USA. He is an American author and political scientist. He earned a BA degree in Economics and Political Science from Case Western Reserve University in 1968, and was elected to the Phi Beta Kappa Society. He received his PhD in political science from Harvard University in 1972. He is a regular contributor to WorldNetDaily.com. He has written several books include: Shoot‑Out in Cleveland (with Louis H. Masotti), Judicial politics, Unfit for Command (with John O'Neill), Atomic Iran, Black Gold Stranglehold (with Craig Randall Smith), Minutemen (with Jim Gilchrist), The Obama Nation, The Late Great USA, Why Israel Can't Wait, America for Sale, The Shroud Codex, Where's the Birth Certificate?, The Great Oil Conspiracy, Bad Samaritans, Who Really Killed Kennedy?, Hunting Hitler, Partners in Crime, and Goodnight Obama.