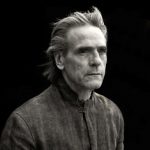 Jeremy John Irons was born in Cowes, Isle of Wight, England. He is an English actor. After receiving classical training at the Bristol Old Vic Theatre School, he began his acting career on stage in 1969. In 1984, he made his Broadway debut in Tom Stoppard's The Real Thing and received a Tony Award for Best Actor. His role in several films include: The French Lieutenant's Woman (Nominated- BAFTA Award for Best Actor), Moonlighting, Betrayal, Swann in Love, The Mission, Reversal of Fortune (Won- Academy Award for Best Actor), Kafka, The House of the Spirits, Lolita, The Man in the Iron Mask, The Merchant of Venice, Being Julia, Kingdom of Heaven, Eragon, Appaloosa, Assassin's Creed, and Justice League (upcoming film, November-2017). His role in television include: Brideshead Revisited (TV serial, Nominated- Golden Globe Award for break-out role), Elizabeth I (miniseries, Won- Golden Globe Award and an Emmy Award for Best Supporting Actor), and The Borgias (TV series). He was named Goodwill Ambassador of the Food and Agriculture Organization of the United Nations in 2011.