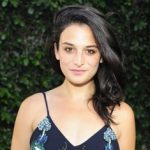 Jenny Sarah Slate was born in Milton, Massachusetts, USA. She is an American comedian, actress and author, best known for her role as Donna Stern in Obvious Child (Won- Critics' Choice Movie Award for Best Actress in a Comedy, Women Film Critics Circle Award for Best Comedic Actress). She graduated from Columbia University in 2004. Her role in several films include: Marcel the Shell with Shoes On (short film, also writer), This Means War, The Longest Week, Digging for Fire, My Blind Brother, Brain on Fire, Landline, Gifted, and Aardvark. Her role in television include: Saturday Night Live (sketch comedy), Kroll Show (sketch comedy), House of Lies (comedy TV series), and Married (comedy TV series). She has written several books (with Dean Fleischer-Camp) include: Marcel the Shell With Shoes On, The Most Surprised I've Ever Been, and Marcel the Shell.