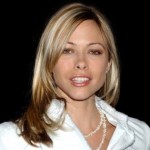 Jennifer Sky was born in Jensen Beach, Florida, USA. She is an American actress and writer. She is known for her role as Sarah Webber in General Hospital and Cleopatra, the title character in the campy science fiction series Cleopatra 2525. At 15, she was offered two months of summer modeling in Japan. Her role in several films include: Trigger Happy, Shallow Hal, Shop Club, My Little Eye, Fish Without a Bicycle, Never Die Alone, and Meet Market. Her role in television include: Our Son, the Matchmaker (TV film) and Xena: Warrior Princess (TV series). She has written for her hometown newspaper, The Stuart News. She is currently a freelance writer and has written for The New York Times, New York magazine, The New Republic, New York Observer, The Daily Beast, and Tin House. She has been a freelance researcher and producer for the Brian Ross Unit of ABC News.