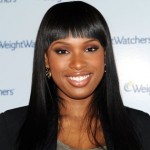 Jennifer Kate Hudson was born in Chicago, Illinois, USA. She is an American singer and actress. She rose to fame in 2004 as a finalist on the third season of American Idol, coming in seventh place. Her albums list shown below: Jennifer Hudson, I Remember Me, and JHUD. Her singles list shown below: "And I Am Telling You I'm Not Going", "Spotlight", "If This Isn't Love", "Giving Myself", "Where You At", "I Remember Me", "No One Gonna Love You", "I Got This", "I Can't Describe (The Way I Feel)", "Walk It Out ", It's Your World, and "I Still Love You". Her role in several films include: Dreamgirls (won an Academy Award- 2007, a Golden Globe Award- 2007, a BAFTA Award and a Screen Actors Guild Award for Best Supporting Actress), Sex and the City, Winged Creatures, The Secret Life of Bees, Winnie Mandela, The Three Stooges, The Inevitable Defeat of Mister & Pete, Black Nativity, and Lullaby.