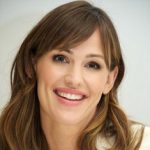 Jennifer Anne Garner was born in Houston, Texas, USA. She is an American actress and producer. She graduated with a Bachelor of Fine Arts degree in theater performance from Denison University in 1994. She works frequently as an activist for early childhood education and is a board member of Save the Children. She is also an advocate for anti-paparazzi campaigns among children of celebrities. Her role in several films include: Washington Square, Stealing Time, Pearl Harbor, Daredevil, 13 Going on 30, Elektra, The Kingdom, Juno, Valentine's Day, Butter (also producer), Draft Day, Miracles from Heaven, Mother's Day, and The Tribes of Palos Verdes. Her role in television include: Harvest of Fire (TV movie), Rose Hill (TV movie), Significant Others (TV series), Time of Your Life (TV series), and Alias (TV series, Won- a Golden Globe Award and a SAG Award, Nominations- four Emmy Awards).