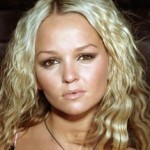 Jennifer Lesley Ellison was born in Liverpool, England. She is an English actress, former glamour model, television personality, dancer and singer. She won Ballet and Modern Dance titles at the IDTA Theatre Dance Championships in 1996 and 1997, and in addition was awarded the Carl Alan Award for ballet in 1998. From 1998 to 2003, she played Emily Shadwick in the soap opera Brookside. In 2007, she appeared in the BBC reality TV show The Verdict. In 2012, she was a contestant on Dancing On Ice and made it to the semi-final stages. She also starred on the reality TV show Dance Mums the UK version of the American reality TV show, Dance Moms. She has also acted in episodes of the British television series The Brief, Hotel Babylon, New Street Law, and The Commander. She released two pop rock singles before giving this venture up for acting and glamour modelling. Her singles list shown below: "Baby I Don't Care" and "Bye Bye Boy". Her role in several films include: The Phantom of the Opera, The Cottage, and Sure Fire Hit: A Love to Kill. She has appeared regularly in almost all of the mainstream British "lads' mags" including Nuts, Zoo and FHM over the last eight years. She is also a regular in the yearly FHM "100 Sexiest Women in the World" feature. In 2008, she won the prestigious Rear of the Year award.