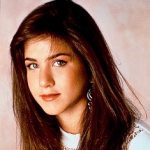 Jennifer Joanna Aniston was born in Sherman Oaks, Los Angeles, California, USA. She is an American actress, producer and businesswoman. She is the daughter of Greek-born actor John Aniston and American actress Nancy Dow. She has played the female protagonist in a number of comedies and romantic comedies. Her role in several films include: Leprechaun, Picture Perfect, Bruce Almighty, Along Came Polly, The Break-Up,  Friends with Money, Horrible Bosses, Wanderlust, Mother's Day, and The Yellow Birds. Her role in television include: Ferris Bueller (TV series), The Edge (TV series), and Friends (TV series, Won- Primetime Emmy Award, Golden Globe Award, and Screen Actors Guild Award). She founded the film production company Plan B Entertainment in 2002 (with  Brad Pitt and Brad Grey), although she and Grey withdrew in 2005. In 2008, she co-founded the production company Echo Films. She has also been in commercials for L'Oreal hair products. She was also a spokesperson and co-owner of hair care brand Living Proof. Unilever bought the company in 2016 and Aniston left at that time. Divorced from actor Brad Pitt, to whom she was married for five years, she has been married to actor Justin Theroux since 2015.