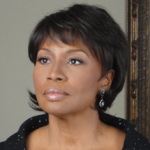 Jenifer Jeanette Lewis was born in St. Louis, Missouri, USA. She is an American actress, comedian and singer. She began her career appearing in Broadway musicals and worked as a back-up singer for Bette Midler. Her role in several films include: Beaches, Sister Act, Poetic Justice, What's Love Got to Do with It, Panther, The Preacher's Wife, The Mighty, Blast from the Past,  The Brothers, Think Like a Man, The Heart Specialist, Think Like a Man Too, and The Wedding Ringer. Her role in television include: Little Richard (TV film), Five (TV film), A Different World (TV series), Courthouse (TV series), Strong Medicine (medical drama), The Playboy Club (TV series), and Black-ish (TV series, Nominated- Critics' Choice Television Award for Best Guest Performer in a Comedy Series- 2016).