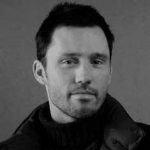 Jeffrey Donovan was born in Amesbury, Massachusetts, USA. He is an American actor and TV director. He earned a BA degree in drama from the University of Massachusetts Amherst. He earned an MFA degree from New York University's Graduate Acting Program at the Tisch School of the Arts. His role in several films include: Sleepers, When Trumpets Fade, Bait, Book of Shadows: Blair Witch 2, Hitch, Come Early Morning, Believe in Me, Hindsight, Changeling, Burn Notice: The Fall of Sam Axe (TV film, also director), J. Edgar, Sicario, Extinction, Shot Caller, LBJ, and Soldado (upcoming). His role in TV series include: The Pretender, Touching Evil, Crossing Jordan, Burn Notice (Directed season 4 episode "Made Man", season 6 episode "Mixed Message" and season 7 episode "Forget Me Not"), and Shut Eye. He has over 20 years of martial arts experience. In college, he earned his black belt in Shotokan karate and competed throughout the state. He married to Michelle Woods. They have a daughter, Claire Donovan.