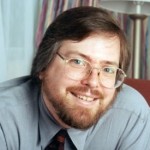 Jeffrey Scott "Jeff" VanderMeer was born in Bellefonte, Pennsylvania, USA. He is an American author, novelist, editor, publisher and teacher. He is best known for his contributions to the New Weird and his stories about the city of Ambergris, in books like City of Saints and Madmen (collections , Won- Tähtifantasia Award for the best foreign fantasy book in 2007). He is also the author of the 2014 series called The Southern Reach Trilogy. He is the founding editor and publisher of the Ministry of Whimsy Press, up until recently on hiatus. He has also been involved in teaching creative writing. He has also taught at the Clarion Workshop and at Trinity Prep School. He has written several novels include: Veniss Underground, Shriek: An Afterword, Finch (nominations- World Fantasy Award, Nebula Award for best novel), Annihilation (Won- Nebula Award for Best Novel), Authority, Acceptance, and Borne. His nonfiction works include: Why Should I Cut Your Throat?, Booklife, The Steampunk Bible (with S. J. Chambers, nominations- Hugo Award for Best Related Work), Monstrous Creatures, and Wonderbook (Won- BSFA Award for Best Non-Fiction, Locus Award for Best Non-Fiction. nominations- Hugo Award, World Fantasy Award).