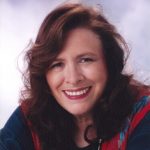 Jean Houston was born in New York City, New York, USA. She is an American author involved in the "human potential movement." Along with her husband, Robert Masters, she co-founded The Foundation for Mind Research. She attended Barnard College in New York City. She subsequently earned her Ph.D. in Psychology from Union Graduate School and her Ph.D. in Religion from Graduate Theological Foundation. She taught at Marymount College, Tarrytown from 1965 to 1972. She was a lecturer at Hunter College for less than a year in 1961. She has written several books include: Mind Games (with Robert Masters), Life Force, The possible human, Godseed, The Search for the Beloved, The hero and the goddess, Public Like a Frog, The Passion of Isis and Osiris, A Mythic Life, Manual for the Peacemaker, A Passion For the Possible, Jump Time, Mystical Dogs, and The Wizard of Us.