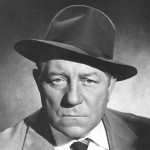 Jean Gabin was born in Paris, France. He was a French actor. He was made a member of the Légion d'honneur in recognition of the important role he played in French cinema. His role in several films include: The Darling of Paris, The Tunnel, Zouzou, They Were Five, Pépé le Moko, La Grande Illusion, Port of Shadows, The Human Beast, Moontide, The Impostor, His Last Twelve Hours, Napoléon, The Trip Across Paris, Crime and Punishment, The Night Affair, The President, A Monkey in Winter, God's Thunder, Pasha, The Sicilian Clan, La Horse, Two Men in Town, Verdict, and Holy Year.