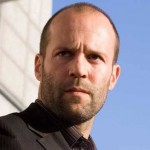 Jason Statham was born in Shirebrook, Derbyshire, England. He is an English actor, former model, martial artist and competitive diver. He is known for his roles in the Guy Ritchie crime films Lock, Stock and Two Smoking Barrels, Snatch, and Revolver. His role in several films include: Ghosts of Mars, The One, The Transporter, The Italian Job, Transporter 2, Crank, War, Death Race, The Bank Job, Safe, Hummingbird, Wild Card, Spy, The Fate of the Furious, and Meg(upcoming American science fiction horror film). He has joined The Fast and the Furious franchise, having a cameo appearance in Fast & Furious 6 and starred in Furious 7 and The Fate of the Furious.