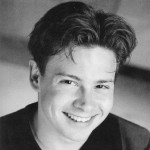 Jason Christopher Marsden was born in Providence, Rhode Island, USA. He is an American actor and voice actor who has appeared in numerous voice roles in animated films, as well as various television series and video games. His role in several films include: Robot Jox, Hocus Pocus(voice), A Goofy Movie(voice), White Squall, Trojan War, Tarzan(voice), How to Make a Monster, Fun with Dick and Jane, Garfield Gets Real(voice), Batman: Gotham Knight(voice), Locker 13(also director), Pizza Man, Blue Like Jazz, and The Secret Life of Pets(voice). His role in television include: The Munsters Today(Sitcom), Eerie, Indiana(TV series), Boy Meets World(Sitcom), Step by Step(TV series), Static Shock(voice), and The Legend of Tarzan(voice).