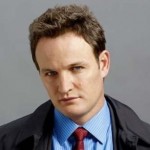 Jason Clarke was born in Winton, Queensland, Australia. He is an Australian actor. His role in several films include: Praise, Risk, Rabbit-Proof Fence, Get Rich Quick, Death Race, Public Enemies, Trust, Yelling to the Sky, Lawless, Zero Dark Thirty(Nominated- Chicago Film Critics Association Award for Best Supporting Actor), The Great Gatsby, The Better Angels, Child 44, Everest, All I See Is You, and HHhH. His role in television include: The Outsider(TV film), Brotherhood(TV series), US Attorney(TV film), and The Chicago Code(TV series).