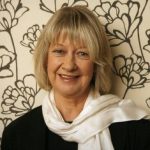 Janette Turner Hospital was born in Melbourne, Australia. She is an Australian novelist, short story writer and professor who has lived most of her adult life in Canada or the US. She studied at the University of Queensland and Kelvin Grove Teachers College, gaining a BA in 1965. She holds an MA from Queen's University, Canada in 1973. She also teaches literature and creative writing and has been writer-in-residence at universities in Australia, Canada, England and the US. She has written several novels include: The Ivory Swing(won Canada's $50,000 Seal Award in l982), The Tiger in the Tiger Pit, The Last Magician(with David H. Keller), Oyster, Due preparations for the plague, and Orpheus Lost. She has written several short stories include: Dislocations, Isobars, Collected Stories, North of Nowhere, South of Loss, and Forecast: Turbulence(Winner of Steele Rudd Award for Best Collection of Short Stories in 2012, Finalist for Prime Minister's Literary Award for Fiction). She is currently Visiting Writer-in-Residence in the MFA program at Columbia University.