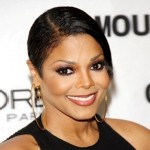 Janet Damita Jo Jackson was born in Gary, Indiana, USA. She is an American singer and actress whose increasingly mature version of dance-pop music made her one of the most popular recording artists of the 1980s and ’90s. Her role in several films include: Poetic Justice, Nutty Professor II: The Klumps, Why Did I Get Married?, Why Did I Get Married Too?, For Colored Girls, and The Savoy King. Her role in television include: Good Times(Sitcom), Diff'rent Strokes(Sitcom), and Fame(TV series). She is the author of book, entitled True You(with David Ritz). Her albums list shown below: Janet Jackson, Dream Street, Control, Janet Jackson's Rhythm Nation 1814, Janet, The Velvet Rope, All for You, Damita Jo, 20 Y.O., Discipline, and Unbreakable. Her singles list shown below: "Young Love", "Come Give Your Love to Me", "Say You Do", "Don't Stand Another Chance", "Fast Girls", "Dream Street", "Nasty", "Control", "Together Again", and "I Get Lonely".