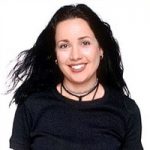 Janeane Garofalo was born in Newton, New Jersey, USA. She is an American actress, stand-up comedian and radio personality. She began her career as a stand-up comedian and became a cast member on The Ben Stiller Show, The Larry Sanders Show, and Saturday Night Live. She is an outspoken progressive activist. From March 2004 to July 2006, she hosted Air America Radio's The Majority Report with Sam Seder. She earned a BA degree in History from Providence College, Providence, Rhode Island in 1986. Her role in several films include: Late for Dinner, Reality Bites, Bye Bye Love, Sweethearts, The Matchmaker, Clay Pigeons, Mystery Men, The Independent, Steal This Movie!, and Wet Hot American Summer. She has been a series regular on television programs such as Wet Hot American Summer: First Day of Camp, 24, and Girlfriends' Guide to Divorce. She co-wrote a comedic New York Times bestseller with Ben Stiller in 1999, entitled Feel This Book.