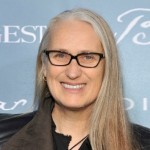 Dame Elizabeth Jane Campion was born in Wellington, New Zealand. She is a New Zealander screenwriter, producer and director. She earned a BA degree in Anthropology from Victoria University of Wellington in 1975. She graduated with a Graduate Diploma in Visual Arts from the Sydney College of the Arts from the University of Sydney in 1981. She directed several films include: Peel(Short Film, Won- Short Film Palme d'Or at the 1986 Cannes Film Festival), A Girl's Own Story(Short Film), An Angel at My Table, The Piano, Holy Smoke!, In the Cut, and Bright Star. She has written several films include: Peel(Short Film), A Girl's Own Story(Short Film), The Piano(Won- Academy Award for Best Original Screenplay), Holy Smoke!, In the Cut, and Bright Star. She produced several films include: Passionless Moments(Short Film), Soft Fruit, Abduction: The Megumi Yokota Story(Documentary), and They. She was appointed a Dame Companion of the New Zealand Order of Merit in the 2016 New Year Honours.