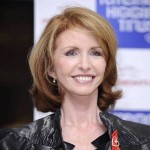 Jane Asher was born in Willesden, London, England. She is an English actress, author and businesswoman. She is also known for supplying specialist cakes and kitchenware. She studied at Queen's College, Harley Street, London. Her role in several films include: Mandy, The Quatermass Xperiment, The Greengage Summer, Girl in the Headlines, Deep End, Dreamchild, Paris by Night, The Masque of the Red Death, Alfie, Death at a Funeral, and I Give It a Year. Her role in television include: The Mistress(TV series), Crossroads(soap opera), and The Old Guys(Sitcom). She has written three best-selling novels: The Longing, The Question, and Losing It. She published more than a dozen lifestyle, costuming, and cake decorating books.