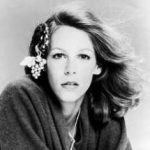 Jamie Lee Curtis was born in Santa Monica, California, USA. She is an American actress, author and blogger. Her role in several films include: Halloween, The Fog, Prom Night, Terror Train, Roadgames, Trading Places(Won- BAFTA Award for Best Actress in a Supporting Role), A Fish Called Wanda, True Lies(Won-  Golden Globe for Best Actress in Musical or Comedy), Blue Steel, and Freaky Friday. Her role in television include: Anything but Love(TV series, Won- Golden Globe Award for Best Actress - Television Series Musical or Comedy), Nicholas' Gift(TV film, Primetime Emmy Award nomination for Outstanding Lead Actress - Miniseries or a Movie), and Scream Queens(TV series). She is the daughter of the actress Janet Leigh and actor Tony Curtis. She is married to actor, screenwriter, and director Christopher Guest. Her 1998 book Today I Feel Silly, and Other Moods That Make My Day made the best-seller list in The New York Times. She is a blogger for The Huffington Post online newspaper.