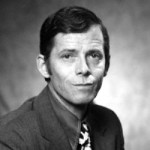 James Ingram Merrill was born in New York City, New York, USA. He was an American poet. Although most of his published work was poetry, he also wrote essays, fiction, and plays. He wrote several poems include: The Black Swan, Water Street, Nights and Days, The Fire Screen, Braving the Elements, The Yellow Pages, Divine Comedies(Won- Pulitzer Prize for Poetry in 1977), Mirabell: Books of Number, Scripts for the Pageant, The Changing Light at Sandover, Late Settings, and A Scattering of Salts. He wrote two novels, including The Seraglio and The (Diblos) Notebook.