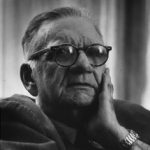 James Mallahan Cain was born in Annapolis, Maryland, USA. He was an American novelist and journalist. Several of his crime novels inspired successful movies. He graduated from Washington College, Chestertown, Maryland in 1910. He began working as a journalist for the Baltimore American and then the Baltimore Sun. He continued working as a journalist, writing editorials for the New York World from 1924-1931. He briefly served as the managing editor of The New Yorker and later worked mainly on screenplays and novels. He wrote several novels include: The Postman Always Rings Twice, Double Indemnity, Serenade, Mildred Pierce, Past All Dishonor,The Butterfly, The Moth, The Root of His Evil, Mignon, The Magician's Wife, Rainbow's End, The Enchanted Isle, and The Cocktail Waitress.