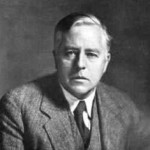 Sir James Hopwood Jeans was born in Ormskirk, Lancashire, England. He was an English physicist, astronomer and mathematician. He educated at Trinity College, Cambridge. He served as a professor of applied mathematics at Princeton University in 1904. He returned to Cambridge in 1910. He made important contributions in many areas of physics, including quantum theory, the theory of radiation and stellar evolution. Jeans, along with Arthur Eddington, is a founder of British cosmology. In 1928, he was the first to conjecture a steady state cosmology based on a hypothesized continuous creation of matter in the universe. He wrote several books include: Physics And Philosophy, Through Space and Time, Stars in Their Courses, The Mysterious Universe, Mathematical Theory of Electricity and Magnetism, The Dynamical Theory of Gases, and The Universe Around Us. He received many awards, including Royal Medal, Hopkins Prize, Gold Medal of the Royal Astronomical Society, and Franklin Medal. He was knighted in 1928.