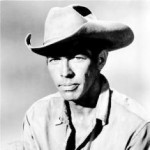 James Harrison Coburn III was born in Laurel, Nebraska, USA. He was an American actor. He was featured in more than 70 films, largely in action roles, and made 100 television appearances during his 45-year career. In 1950, he enlisted in the United States Army, in which he served as a truck driver and an occasionally disc jockey on an Army radio station in Texas. His role in several films include: Ride Lonesome, The Magnificent Seven, Hell Is for Heroes, The Great Escape, Charade, The Loved One, Our Man Flint, The Last of Sheila, Cross of Iron, Goldengirl, Crossover, Looker, Maverick, Eraser, Affliction(Won- Academy Award for Best Supporting Actor), Snow Dogs, and American Gun. His role in television include: Klondike(TV series), Malibu(TV film), Draw!(TV film), The Fifth Corner(TV series), The Second Civil War(TV film), and Missing Pieces(TV film).