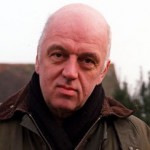 James Martin Fenton was born in Lincoln, England. He is an English poet, journalist and literary critic. He earned a B.A. degree from Magdalen College, Oxford in 1970. He is a former Oxford Professor of Poetry. He was political correspondent of the New Statesman, where he worked alongside Christopher Hitchens, Julian Barnes and Martin Amis. He became the Assistant Literary Editor in 1971, and Editorial Assistant in 1972. He was an occasional war reporter in Vietnam during the late phase of the Vietnam War which ended in 1975. He has written several poems include: Our Western Furniture(won- Newdigate Prize), Terminal Moraine(won- Gregory Award), A Vacant Possession, A German Requiem, The Memory of War, Children in Exile, Partingtime Hall(with John Fuller), Manila Envelope, Out of Danger, The Strength of Poetry, An Introduction to English Poetry, Selected Poems, and Yellow Tulips.