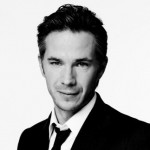 James D'Arcy was born in Amersham, Buckinghamshire, England. He is an English actor. He earned a BA degree in acting from London Academy of Music and Dramatic Art in 1995. His role in several films include: The Trench, Revelation, Dot the i, Master and Commander, Exorcist: The Beginning, An American Haunting, Rise: Blood Hunter, Flashbacks of a Fool, Age of Heroes, Cloud Atlas, Hitchcock, After the Dark, Jupiter Ascending, and Survivor. His role in television include: Agent Carter(TV series), Rebel Heart(TV series), P.O.W.(TV series), Mansfield Park(TV film), Into the Storm(TV film), and Agent Carter(TV series).