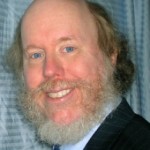 James Bovard was born in Ames, Iowa, USA. He is an American libertarian author and lecturer whose political commentary targets examples of waste, failures, corruption, cronyism and abuses of power in government. He has written for the New York Times, Wall Street Journal, Washington Post, New Republic, Reader's Digest, The American Conservative, and many other publications. His books have been translated into Spanish, Arabic, Japanese, and Korean. He has written several books include: The fair trade fraud, Lost rights, Shakedown, Freedom in Chains, Feeling Your Pain, Terrorism and Tyranny, The Bush betrayal, Public Policy Hooligan, and Attention deficit democracy.