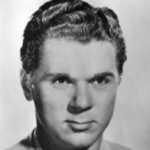 Jackie John Cooper Jr. was born in Los Angeles, California, USA. He was an American actor and television director. He was the first child actor to receive an Academy Award nomination(film- Skippy). His role in several films include: The Champ, When a Feller Needs a Friend, The Bowery, Treasure Island, Dinky, White Banners, Streets of New York, Life with Henry, Glamour Boy, Everything's Ducky, The Love Machine, and Surrender. His role in TV film include: Calhoun: County Agent, The Astronaut, and The Day the Earth Moved. He directed several TV films include: Having Babies III, Perfect Gentlemen, Rainbow, White Mama, Leave 'em Laughing, and The Night They Saved Christmas.