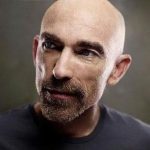 Jack "Jackie" Earle Haley was born in Northridge, California, USA. He is an American film and television actor. His role in several films include: The Outside Man, The Day of the Locust, The Bad News Bears, The Bad News Bears in Breaking Training, Damnation Alley, The Bad News Bears Go to Japan, Breaking Away, Losin' It, The Zoo Gang, Dollman, Nemesis, All the King's Men, Little Children(nominated- Academy Award for Best Supporting Actor), Watchmen, A Nightmare on Elm Street, Dark Shadows, Parkland, Criminal Activities(also director), and London Has Fallen. His role in television include: Breaking Away, Human Target, and Preacher.