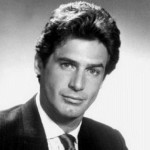 Jack Scalia was born in Brooklyn, New York City, New York, USA. He is an American actor. He is perhaps best known for his role as Chris Stamp on All My Children from 2001 to 2003. He was nominated for a Daytime Emmy Award for "Outstanding Lead Actor" for his AMC role in 2002. His role in several films include: Fear City, Amore!, Charades, Red Eye, End Game, The Genius Club, and The Black Tulip. His role in TV films include: The Other Lover, Deadly Desire, Everything to Gain, Hollywood Wives: The New Generation, Kraken: Tentacles of the Deep, and Jersey Shore Shark Attack. His role in TV series include: The Devlin Connection, Hollywood Beat, I'll Take Manhattan, Tequila and Bonetti, and Pointman.