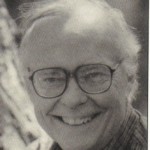 Jack Miles Bickham was born in Columbus, Ohio, USA. He was an American author who wrote 75 published novels, of which two were made into movies. He was an assistant professor at the University of Oklahoma's H.H. Herbert School of Journalism in Norman, Oklahoma from 1969 to 1972, associate professor from 1972 to 1979, and full professor in 1979. He received the rank of David Ross Boyd Professor, the highest honor the University can bestow for teaching excellence. He wrote several novels include: Scene and structure, Writing and selling your novel, Writing Novels that Sell, Tiebreaker, The Apple Dumpling Gang, Operation Nightfall(with Thomas V. Morris), Dropshot, and Double Fault. He wrote other books include: Setting, A Love Makeover, Tenoclock Scholar, Breakfast at Wimbledon, Gunmans Gamble, The Excalibur Disaster, Feud Fury, Twister, and Big Sky Revenge.