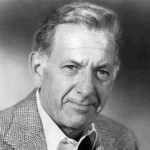 Jacob Joachim "Jack" Klugman was born in Philadelphia, Pennsylvania, USA. He was an American actor. He graduated from Carnegie Mellon University, Pittsburgh in 1948. His role in several films include: Grubstake, Time Table, 12 Angry Men, Cry Terror!, Days of Wine and Roses, The Yellow Canary, The Detective, Two-Minute Warning, Dear God, and When Do We Eat? His role in television include: The Defenders(won- Primetime Emmy Award for his guest-starring role), The Twilight Zone, The Odd Couple(won-  second and third Primetime Emmy Awards and a Golden Globe Award), Quincy, M.E.(nominations- Primetime Emmy Award), You Again?, Fame Is the Name of the Game(TV movie), Poor Devil(TV movie), One of My Wives Is Missing(TV movie), and Parallel Lives(TV movie).