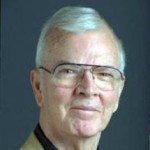 Jack Clifford Smith was born in Long Beach, California, USA. He was a Los Angeles journalist, writer and newspaper columnist. He was the author of 10 books, many of them based on his columns, and won the Los Angeles chapter of the Society of Professional Journalists' Distinguished Journalist award in 1981. He attended Belmont High School in Los Angeles and served as editor of the student newspaper, the Belmont Sentinel. He went into journalism, first for the Bakersfield Californian, then for the Honolulu Advertiser, United Press, the Sacramento Union, the San Diego Daily Journal, the Daily News, and the Los Angeles Herald-Express, before joining the Los Angeles Times in June 1953. He remained with the Times until his death in 1996. He wrote several books include: Three Coins in the Birdbath, God and Mr. Gomez, The Big Orange, and How to win a Pullet Surprise.