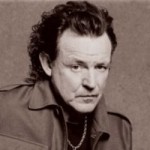 John Symon Asher "Jack" Bruce was born in Bishopbriggs, Lanarkshire, Scotland. He was a Scottish bassist, composer, singer and songwriter known primarily for his contributions to the British supergroup Cream, which also included guitarist-singer Eric Clapton and drummer Ginger Baker. He also played double bass, harmonica, piano, cello and guitar. He was trained as a classical cellist and considered himself a jazz musician, although much of his catalogue of compositions and recordings tended toward rock and blues. His albums list shown below: Songs for a Tailor, Things We Like, Harmony Row, Out of the Storm, How's Tricks, Jet Set Jewel, Automatic, A Question of Time, Somethin Els, Monkjack, Shadows in the Air, More Jack than God, and Silver Rails.