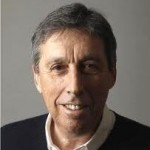 Ivan Reitman was born in Komárno, Czechoslovakia. He is a Canadian film producer and director, best known for his comedy work, especially in the 1980s and 1990s. He is the owner of The Montecito Picture Company, founded in 2000. In 1969, he earned a Bachelor of Music degree from McMaster University, Hamilton, Ontario. He directed and produced several films include: Foxy Lady, Stripes, Ghostbusters(Saturn Award for Best Fantasy Film), Legal Eagles(also writer), Twins, Ghostbusters II, Kindergarten Cop, Dave, Junior, Fathers' Day, Six Days, Seven Nights, Evolution, No Strings Attached, and Draft Day. He directed several films include: Cannibal Girls, Meatballs(Golden Reel Award), and My Super Ex-Girlfriend. He produced several films include: Shivers, Death Weekend, Animal House, Heavy Metal, Stop! Or My Mom Will Shoot, Beethoven, Space Jam, Private Parts, Post Grad, Up in the Air(Nominated-Academy Award for Best Picture), Chloe, Hitchcock, and Baywatch. He has been married to Geneviève Robert since 1976. He has a son and two daughters.