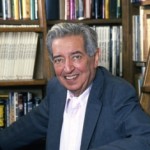 Irving Wallace was born in Chicago, Illinois, USA. He was an American best-selling author, novelist, journalist and screenwriter. He was known for his heavily researched novels, many with a sexual theme. He was a blue-collar writer who wrote for a blue-collar audience. He was the father of Olympic historian David Wallechinsky and author Amy Wallace. His Non-fiction works include: The Fabulous Originals, The twenty-seventh wife, The Sunday gentleman, The People's Almanac(with David Wallechinsky) and The Book of Lists(with David Wallechinsky and Amy Wallace). He wrote several novels include: The Prize, The Man, The Seven Minutes, The Word, The Fan Club, The R Document, The Second Lady, The Seventh Secret, and The Celestial Bed. He wrote several films include: That's My Baby!, The West Point Story, Desert Legion, Split Second, Meet Me at the Fair, Bombers B-52, and The Big Circus.