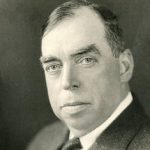 Irvin Shrewsbury Cobb was born in Paducah, Kentucky, USA. He was an American author, journalist, humorist and writer. He wrote for the New York World, as the highest paid staff reporter in the United States. He wrote more than 60 books and 300 short stories. He started in journalism with the Paducah Daily News at age seventeen, and became the nation's youngest managing news editor at age nineteen. He later worked at the Louisville Evening Post for a year and a half. He joined the staff of the magazine Saturday Evening Post in 1911, and covered the Great War for the magazine. He wrote several films include: Peck's Bad Boy, Life of the Party, Judge Priest, Our Leading Citizen, and The Sun Shines Bright. His role in several films, including The Arab, Pepper, Everybody's Old Man, The Arkansas Traveler, and Hawaii Calls. He wrote several books include: Back Home(short stories), Cobb's anatomy, Old Judge Priest(short stories), Paths of Glory, Fibble(novel), The Glory of the Coming, The Life of the Party, J. Poindexter, Colored(novel), From Place to Place(short stories), and Exit Laughing(Autobiography).