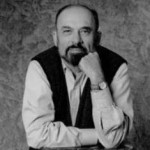 Irvin David Yalom was born in Washington, D.C., USA. He is an American existential psychiatrist who is emeritus professor of psychiatry at Stanford University, as well as author of both fiction and nonfiction. He earned a BA degree from George Washington University in 1952 and a Doctor of Medicine from Boston University School of Medicine in 1956. He is also featured in the 2003 documentary Flight from Death, a film that investigates the relationship of human violence to fear of death, as related to subconscious influences. He has written several books include: Every Day Gets a Little Closer, When Nietzsche Wept(novel), Lying on the couch(novel), Momma and the Meaning of Life, The Schopenhauer cure(novel), The Spinoza Problem(novel), Creatures of a Day, Existential Psychotherapy, Inpatient group psychotherapy, The Yalom reader, The Gift of Therapy, and Staring at the Sun. He received many awards, including Edward Strecker Award, Foundation´s Fund Award, Fellowship Award, Commonwealth Club Gold Award, Oskar Pfister Award, and International Sigmund Freud Award.