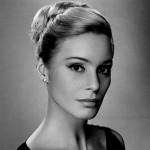 Ingrid Lilian Thulin was born in Sollefteå, Sweden. She was a Swedish film actress. For many years she worked regularly with Ingmar Bergman. She appeared in Bergman's Wild Strawberries, The Magician, Winter Light, The Silence, The Rite, and Cries and Whispers. Her role in other films include: Foreign Intrigue, The Judge, Agostino, The War Is Over, Hour of the Wolf, The Damned, A Handful of Love, The Cassandra Crossing, and Control. She shared the Best Actress award at the 1958 Cannes Film Festival and received a Guldbagge Award for Best Actress in 1964, the first year the award was given out, for her performance in The Silence. She was nominated for the BAFTA Award in 1974. In 1980, she was the head of the jury at the 30th Berlin International Film Festival.