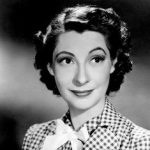 Ilka Chase was born in New York City, New York, USA. She was an American actress and novelist. Her mother, Edna Woolman Chase was editor-in-chief of Vogue. She was in the original Broadway cast of Clare Boothe Luce's play, The Women in 1938, and many years later appeared in Neil Simon's Broadway hit Barefoot in the Park. Her role in several films include: Rich People, South Sea Rose, Born Reckless, Free Love, Fast and Loose, On Your Back, The Gay Diplomat, The Animal Kingdom, Stronger Than Desire, Now, Voyager, No Time for Love, The Big Knife, and Ocean's 11. She wrote several novels include: In Bed We Cry, I Love Miss Tilli Bean, New York 22, The Island Players, Three Men on the Left Hand, The Carthaginian Rose, Elephants Arrive at Half-Past Five, Fresh from the Laundry, The Care and Feeding of Friends, and Dear Intruder. She wrote other books include: Past Imperfect(memoir), Free Admission(memoir), Always in Vogue(biography), Second Spring and Two Potatoes(travelogue), and Around the World and Other Places(travelogue). In the early 1940s, she was the hostess for Penthouse Party on CBS and Luncheon Date With Ilka Chase, on NBC Red. For several years, she hosted the radio program, Luncheon at the Waldorf.