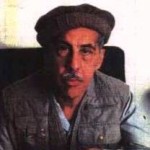 Idries Shah was born in Simla, India. Idries Shah also known as Idris Shah, né Sayed Idries el-Hashimi and by the pen name Arkon Daraul was an Indian author and teacher in the Sufi tradition who wrote over three dozen books on topics ranging from psychology and spirituality to travelogues and culture studies. He studied at the City of Oxford High School for Boys. His seminal work was The Sufis, which appeared in 1964 and was well received internationally. In 1965, he founded the Institute for Cultural Research, a London-based educational charity devoted to the study of human behaviour and culture. He framed his teaching in Western psychological terms. He believed that students should be given work based on their individual capacities. He wrote several books include: The Sufis, Tales of the Dervishes, Caravan of Dreams, The Pleasantries of the Incredible Mulla Nasrudin, The Way of the Sufi, The Book of the Book, Wisdom of the Idiots, Neglected Aspects of Sufi Study, Special Illumination, Learning How to Learn, World Tales, A Perfumed Scorpion, Seeker After Truth, and Knowing How to Know.