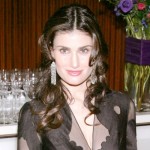 Idina Kim Menzel was born in New York City, New York, USA. She is an American actress, singer and songwriter. She earned a Bachelor of Fine Arts degree in Drama from Tisch School of the Arts, New York University. Menzel rose to prominence when she originated the role of Maureen Johnson in the Broadway musical Rent. Her performance earned her a Tony Award nomination in 1996. In 2003, she originated the role of Elphaba in the Broadway musical Wicked, for which she won the Tony Award for Best Actress in a Musical. In 2013, she sang the Oscar and Grammy Award-winning song "Let It Go"(film-Frozen). She ultimately won a Grammy award for the film's soundtrack. Her role in several films include: Kissing Jessica Stein, The Tollbooth, Rent, Ask the Dust, and Enchanted. Her role in television include: Glee (TV series), Kevin Hill, and Beaches(TV film). Her albums list shown below: Still I Can't Be Still, Here, I Stand, Holiday Wishes, and Idina.