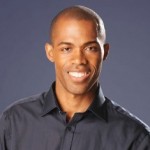 Ian K. Smith was born in Danbury, Connecticut, USA. He is an American physician, journalist and author best known for his appearances on VH1's Celebrity Fit Club series, The View, and as a correspondent for NBC News. He earned a BA degree from Harvard University in 1992, and a master’s in science education from Teachers College, Columbia University in 1993. He graduated from the University of Chicago, Pritzker School of Medicine. He has written several books include: The Fat Smash Diet, Happy, The Truth About Men, Shred: The Revolutionary Diet, Super Shred: The Big Results Diet, The Shred Diet Cookbook, and The Shred Power Cleanse. He has written for Time, Newsweek, Men’s Health, and the New York Daily News.